The award will be presented on Tuesday 5th September 2017, at the Hungarian Academy of Sciences, Budapest to;

Professor Downie will deliver the Lecture:

The laudation will be given by Professor Jens Stougaard MAE, Aarhus

“The Adam Kondorosi Academia Europaea Award for Advanced Research” recognizes landmark research in symbiosis and related fields that has changed our understanding and made a significant scientific impact. It will be presented at the Academia Europaea-ALLEA –YAE joint conference for the first time in September 2017 to Professor Allan Downie [John Innes Centre, UK], for his work on rhizobial-legume interactions.

The awards consist of a diploma/medal and prize money. This prize was established in recognition of the significant achievements made in the field of Plant and Microbial Nitrogen Fixation by the late Professor Adam Kondorosi.

Members of the Award Committee: 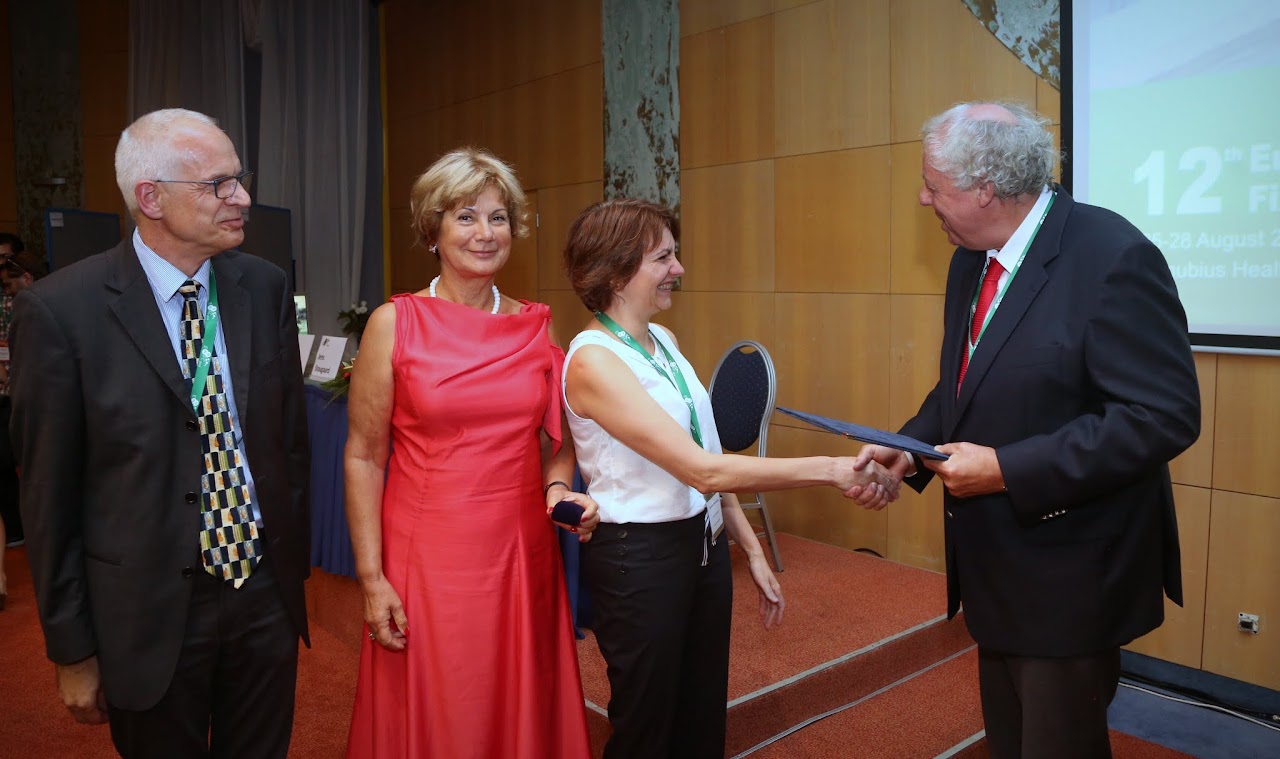 Rhizobia are bacteria that enter into an intimate symbiosis with leguminous plants, resulting in the formation of root nodules, in which the bacteria reduce N2 to ammonia, which is then taken up by the plant, stimulating growth. As the plants senesce, rhizobia from the nodules are released into the soil where they can re-initiate the nodulation process. The infection of legume roots and stimulation of nodule development by rhizobia requires a dialogue to be established between the bacteria and the plant roots. One aspect of this involves attraction of the rhizobia to legume roots and their specific attachment to root hairs. A second aspect is that the legume roots secrete chemical signals (flavonoids and related compounds). These are recognised by rhizobia, stimulating the synthesis of nodulation (Nod) factors, which are acylated chitin oligomers that are decorated with various chemical groups. These Nod factors induce plant responses at extremely low concentrations. One of the earliest observed responses of Nod factors added to legume roots, is the induction of an oscillation of calcium levels in and around nuclei of root hairs. A second and independent response induced by Nod factors is an influx of calcium at the root-hair tip and this requires both higher levels of Nod factors and higher structural specificity of Nod factors. The calcium oscillation is required for both nodule development and infection, whereas the calcium influx appears to be specifically associated with initiation of plant-made infection structures. Secreted rhizobial proteins and polysaccharides also play important roles in enabling the rhizobia to initiate infection of legume roots usually via root hairs. Multiple mechanisms of plant bacterial signalling are important to minimise infection by those soil bacteria that will not confer the selective advantage of symbiotic nitrogen fixation. I will explain recent work describing the identification of legume genes associated with these early stages of infection, revealing roles for signalling kinases, cytoskeletal rearrangements, and localised induction of plant-cell-wall remodelling enzymes.

After completing my BSc in microbiology (University of Strathclyde) and my PhD in biochemistry (University of Dundee) I worked as a postdoctoral fellow in yeast genetics (University of Rochester, New York) and then as a research fellow at the John Curtin School of Medical Research at the Australian National University. In this latter position I worked in the area of in the area of bioenergetics, using biochemical, genetic and molecular biology approaches to analyse oxidative phosphorylation. I was then recruited to a position at the John Innes Centre, where I started working on the nitrogen fixation symbiosis that occurs between rhizobia and their host legumes. After five years I took a position at CSIRO laboratory in Canberra, where I remained for three years before returning to the John Innes Centre. In the following 30 or so years I have been involved with and coordinated several international research programmes in the area of rhizobial-legume research. At the John Innes Centre I became chair of faculty and served on the management board, whilst maintaining an active focus on research. I have always been fascinated by the fact that rhizobia and legumes enter into a dialogue to enable these bacteria to infect legume roots, and induce the development of nodules in which rhizobia differentiate and reduce atmospheric N2 to ammonia which can be used by the plant. I am now an Emeritus Fellow at the John Innes Centre, where I remain actively involved with research.

Jens Stougaard is Professor of Molecular Biology and Genetics at Aarhus University and Director of the Centre for Carbohydrate Recognition and Signalling (CARB). Jens Stougaard leads a group studying plant genes regulating the development of nitrogen fixing root nodules and mycorrhiza formation in legumes. Currently the perception mechanisms for the bacterial Nod-factor and exopolysaccharide signal molecules, the function of receptors involved and the downstream signal transduction cascades are in focus. The plant model system used for this research is Lotus japonicus that form determinate root nodules. Lotus japonicus is also used for investigating the long range signalling integrating root nodule development into the general developmental program of the plant. Genetics, genomics and biochemical methods are used to identify and characterise components of regulatory circuits. In order to improve the genetic analysis, a large-scale insertion population based on the germ-line specific activity of the LORE1 retroelement has been established and made available to the community as a resource for reverse genetics in plants.

I have a
scientific issue

I have a
technical issue

* please note, September is a high-season for hotels in Budapest

We use cookies to ensure that we give you the best experience on our website. If you continue to use this site we will assume that you are happy with it.OKRead more